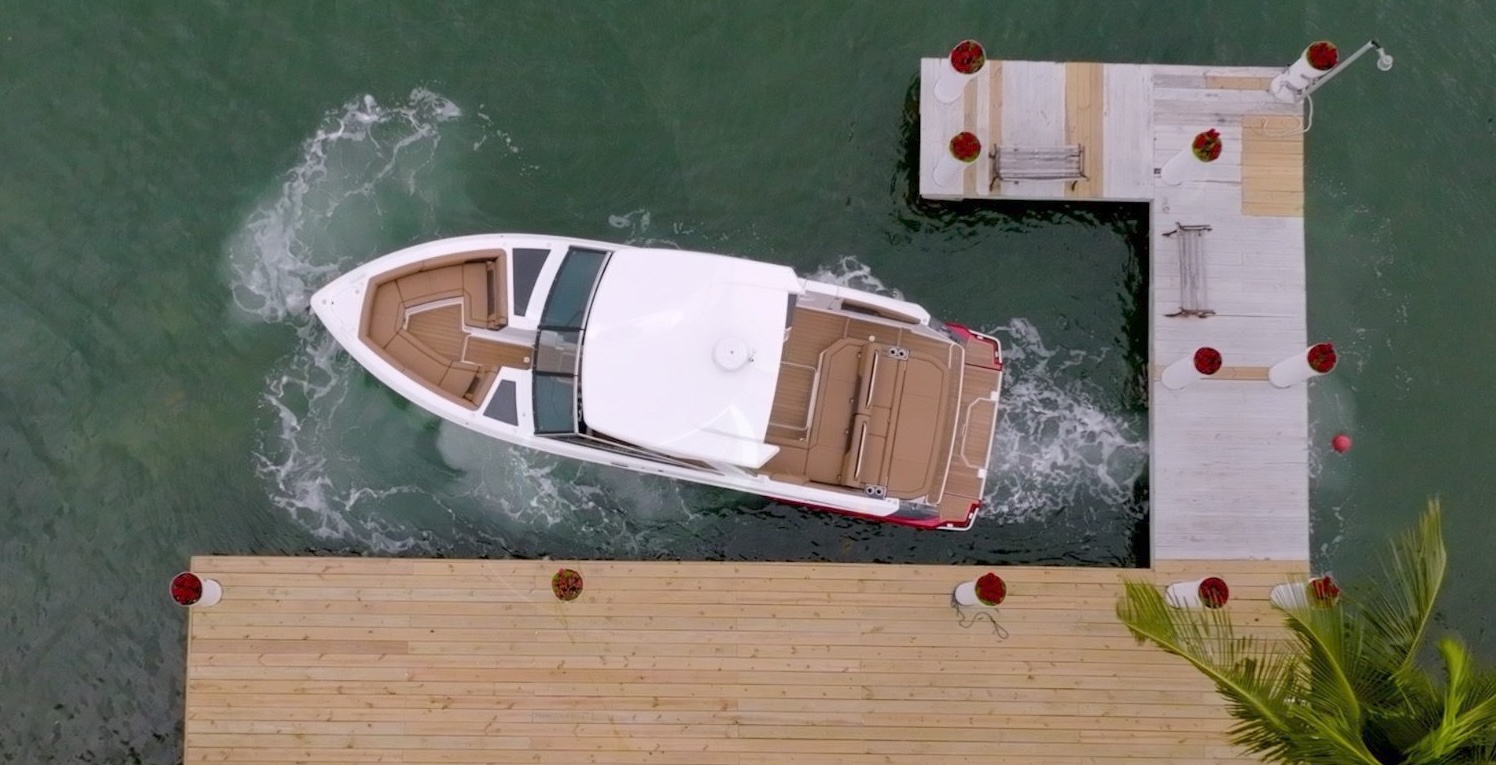 The optional Joystick system is a tried and proven option that will greatly improve your command over your boat in maneuvering conditions.  In the past, many people have been concerned regarding the operation of twin engines, especially in maneuvering or tight conditions.  This system removes those concerns opening up multi engine operation to just about anybody.  It is extremely intuitive and will become second nature to use very rapidly.  This system is available on boats with twin engine stern drives or with twin or triple engine outboards. 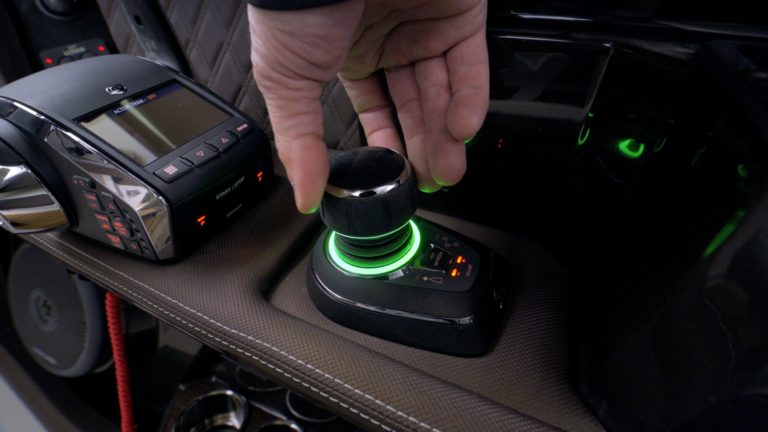 When operating a joystick system, the most important thing to remember is the system does not respond instantaneously.  The operator must give the system time to react.  The most common reaction by the operator is to overpower the system by moving the joystick too far in any direction.  You must give the boat time to react to the movement of the joystick.  Having said that, it does take more movement of the control in windy conditions or where there is a current involved.

When first using the joystick, do so away from the dock and other boats.  If there is a buoy nearby, energize the system when there and get used to maneuvering the boat around it.  You want to do this with calm water and wind.  Once you get used to this scenario, you will be more comfortable to use the system in wind and water conditions that may exist at the dock.

To summarize, this system will take some time to learn how to use the Joystick to its fullest potential.   Give it some time and you will learn to Love it!

And don’t forget to ask your Cobalt dealer to demonstrate the system to you.  They are experts with the system and can explain its operation face to face.

A29 In Practice
Glass Cockpit, Returning to the Factory Settings
Hydraulic Swim Platform
Types of Marine Heads
Comparing the R6 and R5 Bowriders