How many 4-year-olds would request a ‘Cobalt’ birthday party? 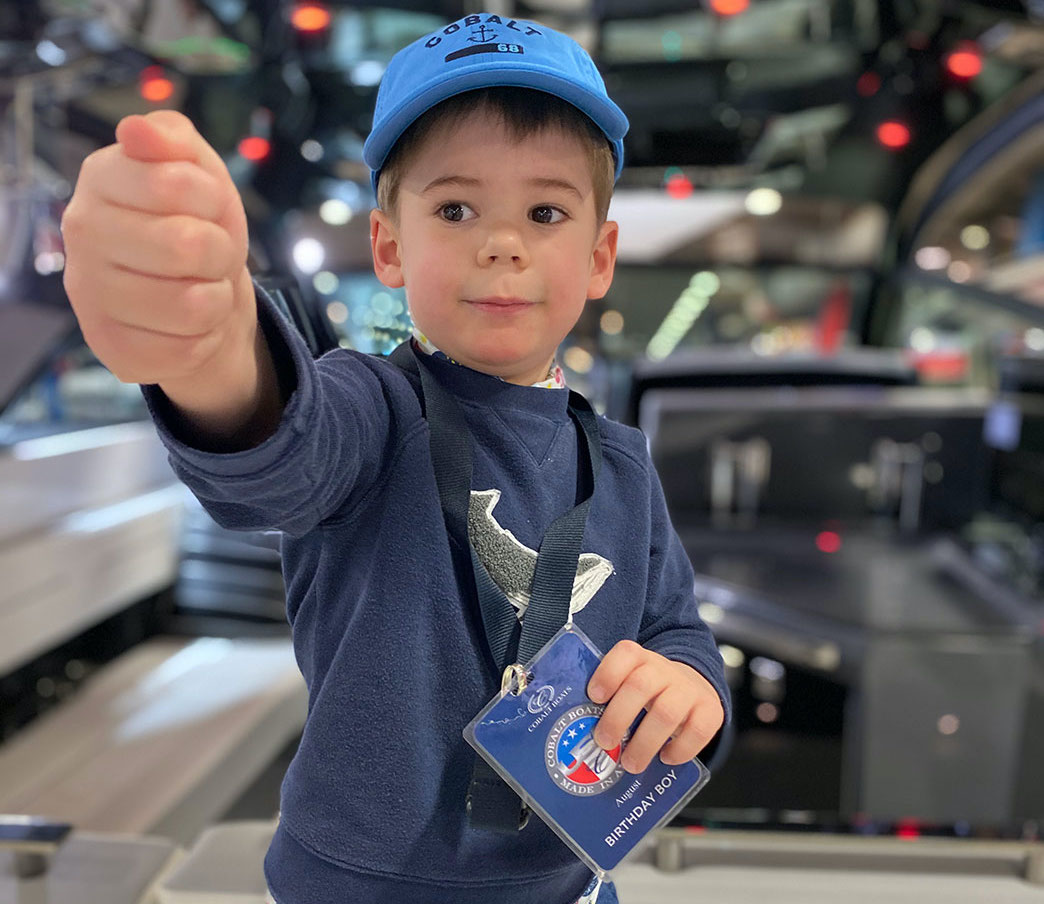 While the Cobalt brand has many fans, August Munneke must be one of its youngest. Not an owner himself, August has nevertheless spent a great deal of his recreational time on board his grandfather’s Cobalt, and when the family discussion turned to planning his 4th birthday party, his immediate request was to have a cake with a Cobalt theme.

“We make it a point to pay special attention to the things our children express an interest in, and with both the boys, the thing they love the most is the time spent with my parents, Duane and Glenda Suchy, on their Model 276,” said Raelyn Munneke, August’s mother. “I grew up on boats on Grand Lake, near Tulsa, OK, and can still remember when my Dad bought his first Cobalt, a Model 272, in 1996,” she recalled.

“I spent years on it doing lake stuff, and when I married my husband and we moved away, we were lucky enough to eventually move here to Fayetteville, Arkansas, where we were close enough to get back to the lake on weekends and even for overnight trips to visit my Mom and Dad. And now, the best news my sons can hear is that we’re going to the lake,” she said.

With fond memories of family times spent on the water, it was only natural for Raelyn to introduce her two sons, Asher, 5, and August (whose full name is Augustine Ray) to the boating life at an early age. “Asher is very observant, and he’s always loved to learn about boat stuff, so Granddad has been teaching him how to drive the boat, and now both the boys just love boats and looking through the boating magazines,” she noted. 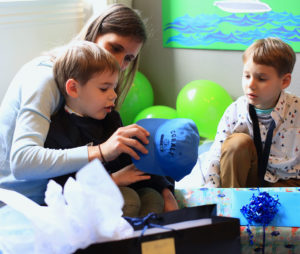 “Even better, we’re close enough so we can go to the Tulsa Boat Show, where the boys get up on the boats and sit in the cabins. To them, the name Cobalt is synonymous with boating,” she added.

She also noted that their marina, the Cherokee Yacht Club, offers year-round boat-related activities, from Fourth of July fireworks on the lake to a Christmas Boat Parade in December, which her whole family – including her husband, Andrew, and her 20-month-old daughter, Norah – all enjoy regularly. “It seems like so many of our family’s special moments relate to being on boats. In addition to Asher’s interest in how boats work and Norah’s enjoyment of the water and learning to swim, August has expanded his fascination with boating to all kinds of other water-related things, including learning about fish and a whole assortment of sea creatures,” she said.

For years, Raelyn has used her artistic skills to celebrate the children’s birthdays by making decorative party banners and choosing theme cakes, both of which have become family traditions. But last year, while discussing her birthday, both the boys began exploring theme ideas for their own birthday celebrations, with August announcing that he wanted a ‘Cobalt birthday cake.’ “And he never let up on that idea, all through the fall and winter, so I knew I had to do something to start preparing for his party on January 25th,” she explained. “We often get

treats from a local bakery where they have a showcase of theme cakes, so I contacted them about doing a custom cake, and then I contacted Cobalt about using the logo.”

Cobalt’s communications department was glad to assist, both with the logo artwork and with the cake itself. “We don’t try to do too much with the kids’ parties,” Raelyn said, “We just have fun with family and a few friends, but this year, we did a little more and added a different game idea. Instead of ‘Pin the Tail On the Donkey,’ we came up with ‘Pin the Boat Parts On the Cobalt.’ That just might become a new family tradition for us,” she laughed.